The encryption procedure uses the Crypt4GH file format, which works as follows.

The session key is itself encrypted with the public key of a LocalEGA instance, and prepended to the encrypted original file. The prepended part is called the Crypt4GH header. 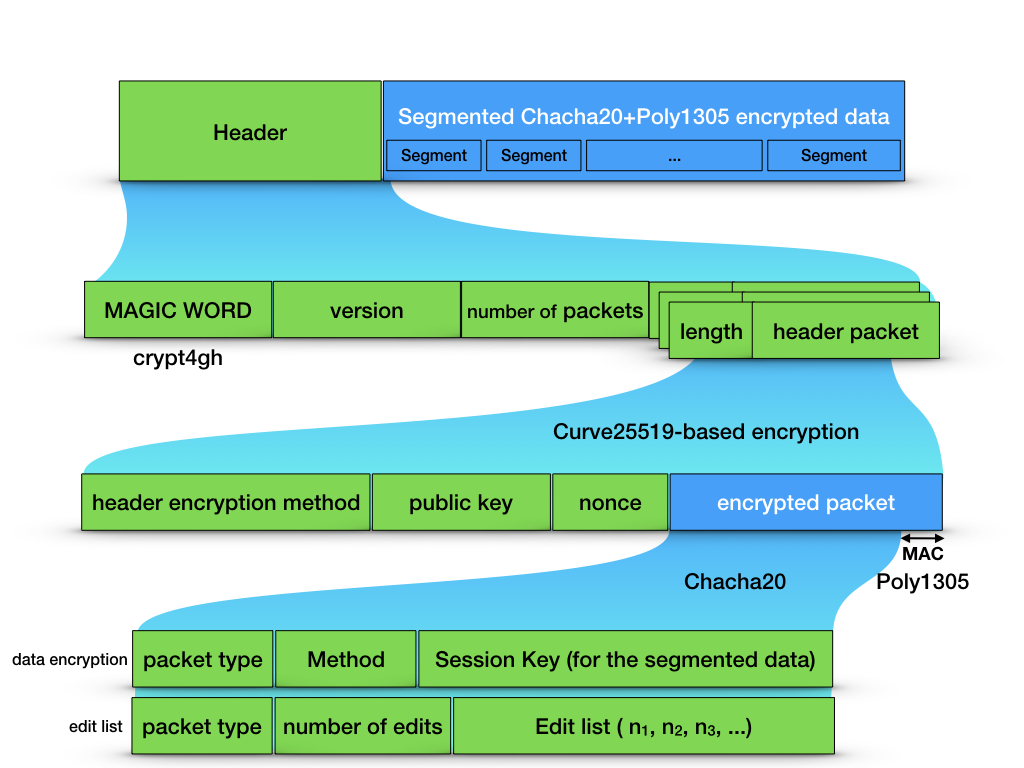 There are several advantages for using the Crypt4GH format. The main ones are: